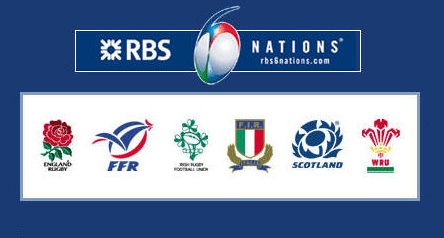 Wayne Barnes replacing Steve Walsh on the whistle is probably the biggest news ahead of this game, let’s hope it doesn’t affect the outcome of the game (although I am minded of a recent game Wales played in Cardiff against Australia where Barnes avoided awarding a scrum for 45 minutes because, possibly as a result of his own lack of confidence when it comes to judging the set piece). Shaun Edwards claimed this week that Ireland deliberately avoided choke tackling English players in their previous match because they didn’t fancy their chances at scrum time, so both front rows and refereeing interpretation could have a bearing on the final result. Statistically Wales have had the better scrum so far in the tournament with a success rate of 87% on the their own feed while Ireland’s success rate has been slightly inferior at 80%, when it comes to line out time though the Irish have a formidable 90% success rate on their own throw compared to a rather worrying 78% success for the Welsh.
Presumably Wales will look to use the scrum as their most potent attacking weapon but as Ireland have the worst tackle completion rate in the tournament it would be prudent if Wales allow their back’s to use the first phase ball their scrum should secure rather than trying to milk penalties from a pushing contest. Robbie Henshaw missed a rather worrying 30% of the tackles he attempted last time out against England so Wales would do well to try to get some of their better ball carriers like Taulupe Faletau and Jonathan Davies into the 12 channel early on Saturday (although under Howley’s rather vanilla “attack” coaching Wales mainly rely Jamie Roberts).
The lineout has been Wales’ stumbling block on more than 1 occasion in recent memory against Ireland and with Paul O’Connell winning his 100th cap this weekend he’ll definitely be looking to tear it apart again. Unfortunately the only way I can see the line out not being a problem for Wales is if they can avoid having any particularly in their own half and the inclusion of Liam Williams in the back 3 may help them to field and return as many of Ireland’s kicks as possible but if they drop 2 players into the backfield every time Ireland have the ball then Tommy Bowe and Rob Kearney will have acres of space to run into so there will certainly be a fine line for Wales to tread in defence.
“Modified training” was a pretty choice of words when the Irish camp described Jonny Sexton’s return from a hamstring problem this week and the return of Jamie Heaslip from “3 fractured vertebrae” seems bordering on the miraculous (maybe he’s walking from Dublin to Cardiff too) but in Ian Madigan and Jordi Murphy Ireland certainly have more flair on the bench than Wales do and Joe Schmidt has shown that he’s not afraid to use his substitutes, unlike Warren Gatland who one imagines would only let Rhys Priestland on the pitch if it were a matter of life and death (probably Gatland’s own).
Wales have scored more tries than Ireland in the Championship so far so there’s always that glimmer of hope to hang on to, that’s not the only chink of light for Welsh supporters either, remember when Jonny Sexton had the chance to put the final nail in the All Black’s coffin in the Aviva Stadium and he missed the posts? If it comes down to a nervy penalty kicking contest between Halfpenny (or Biggar) and Sexton (or Madigan) then you’d be tempted to favour the British Lion and last year’s Pro 12 player of the season. On the subject of penalties, a lot will depend on the refereeing interpretations of one Mr. Barnes and last week in Bath when they played Sale nobody (watching or playing) really understood what Wayne was doing in the middle so expect a certain measure of controversy. For what it’s worth Wales have given more penalties than Ireland (who have the best discipline in the tournament, although it could be argued they’ve got the plum draw of referee’s too) this year 34 to 26.
I’m not making any predictions but unless Sam Warburton actually proves that he’s deserving of the title “Wales most captain” then Ireland and Sean O’Brien along with Peter O’Mahony will be the benefactors of the sort of dour, trench warfare that saw them see off England comfortably last time out.