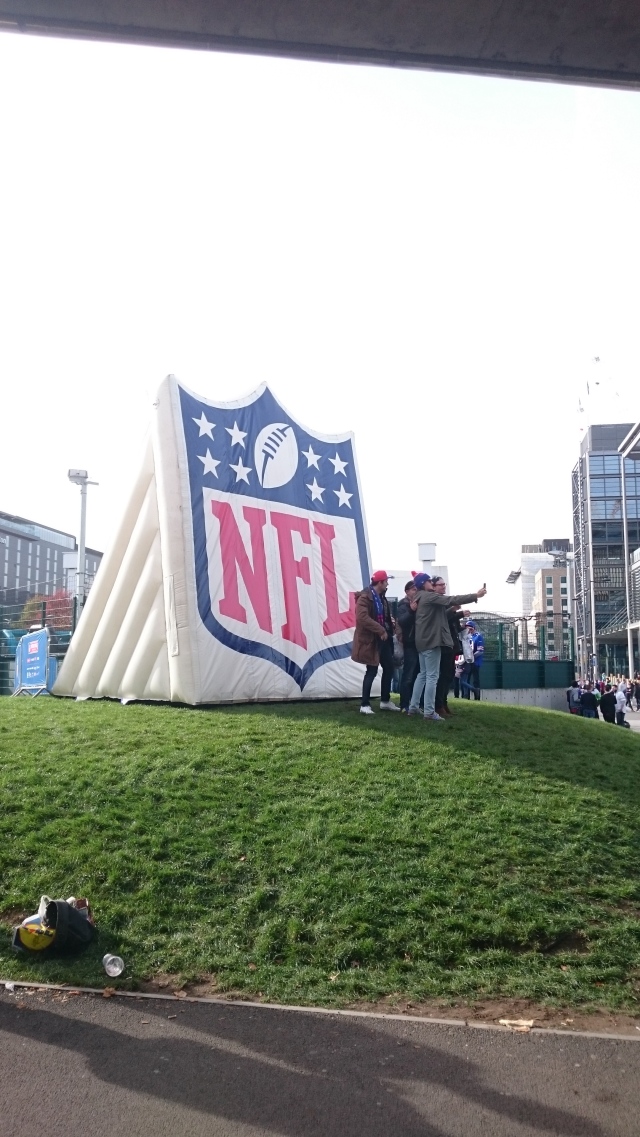 Danny Trevathan is the Super Bowl winner you’ve probably never heard of and while he operated in the considerable shadows cast by Von Miller and DeMarcus Ware in Denver he was an integral part of the Broncos Super Bowl 50 victory.  He’s an all action Middle Linebacker in the Luke Kuelchy mould (obviously he’s not as quick as Kuelchy but then nobody could even claim to be).  In the 2015 regular season he defended 6 passes and took 2 interceptions, 1 of which he returned for a touchdown.  Those may not seem numbers worth getting excited about but when you consider that in Kuelchy’s remarkable regular season he defended 6 passes and made 4 interceptions (and also returned 1 to the house) Trevathan’s numbers look more than adequate.  Whilst ball hawking Linebackers are pretty exciting and can provide a much needed safety-net for shaky Secondary’s Middle Linebackers earn their corn with the number of tackles they make and Trevathan notched up 73 solo efforts last season and assisted on 36 other occasions, Kuelchy had 76 solo tackles and 42 assists and that’s not where the comparison ends.  In the Super Bowl only 2 players made more than 7 tackles, Kuelchy (10) and Trevathan (8).  Trevathan also recovered a vital fumble in the second half that could have lead to momentum swinging in the Panthers favour.  With 5 minutes and 44 seconds left in the 3rd quarter a Cam Newton pass intended for Ted Ginn Jr. was tipped and T.J Ward made the interception, an interception which involved Ward losing 3 yards and then fumbling the ball when he was hit by Mike Tolbert.  Trevathan’s speed of mind and fleet of foot beat Ginn (who isn’t slow) to the loose ball and prevented the Panthers from closing the gap on the scoreboard to just 6 points.

So Trevathan’s addition can only be a bonus for a Bears team who struggled to just 6 wins last season, other good news within their division is Lions receiver Calvin Johnson retired aged just 30.  However neither the Bears or Lions made the playoffs from the NFC North last season and with a resurgent Vikings team moving into the absolutely stunning U.S Bank Stadium allied to the fact the Packers and Lambeau have become complete mysteries to the Bears lately with just 4 wins in their last 17 meetings (2 in 8 in Wisconsin) the Bears’ playoff chances look slim this year too.  For their part the Bears have done as much as they possibly could have done (short of making some silly trades to rise up the draft order, they were 9th anyway and ended up with the 2nd best draft according to some).  They’ve almost completely rebuilt their defence, with some experts projecting a starting line-up including just 2 of last season’s starters.  The front 7 (including Trevathan) feature a nose tackle promoted from last season’s 2nd string and 2 outside Linebackers who look to have swapped sides from last season although their first draft pick Leonard Floyd could become a starter and while he is a largely unknown quantity some Bears fans hope that Vic Fangio could use Floyd’s athleticism to make him into an Aldon Smith type pass rusher.  In the backfield Trevathan’s Broncos teammate from his rookie season (2012) Tracy Porter who is the only player to have made more than 10 career interceptions and Trevathan himself has more career interceptions than both starting Safeties, 5 compared to 1 between Adrian Amos and Henry Jones-Quartey.

One has to imagine the Bears will have a better season than they did in John Fox’s first attempt at the NFC North although the perennial questions around Jay Cutler are bound to surface at some stage and as Cutler approaches his 34th birthday his ability to stay healthy will become even more scrutinised.  An improvement of defence will relieve some of the pressure Cutler faces, the 24.8 points per game they conceded last term was the 20th best in the league last season and was more than 23 Offences were able to score last season, not just the Bears.  The Bears biggest problems will be outside of their control, last season’s NFC North champions the Vikings look to have improved their pass rush and they managed to sack Russell Wilson 4 times in just 1 half of football last week!  Although the Vikings are not without their own issues, Teddy Bridgewater has not been healthy enough to play in preseason yet so they could struggle to defence their division crown.  The Packers were seriously disrupted by injuries last season and while Aaron Rodgers almost singlehandedly took them to the NFC Championship game with an inspired display in Arizona they will be favourites to regain the title of NFC North Champions provided they can keep number 12 in one piece particularly since a recent article reported how the Packers backup QB’s are ranked 22nd in the league.