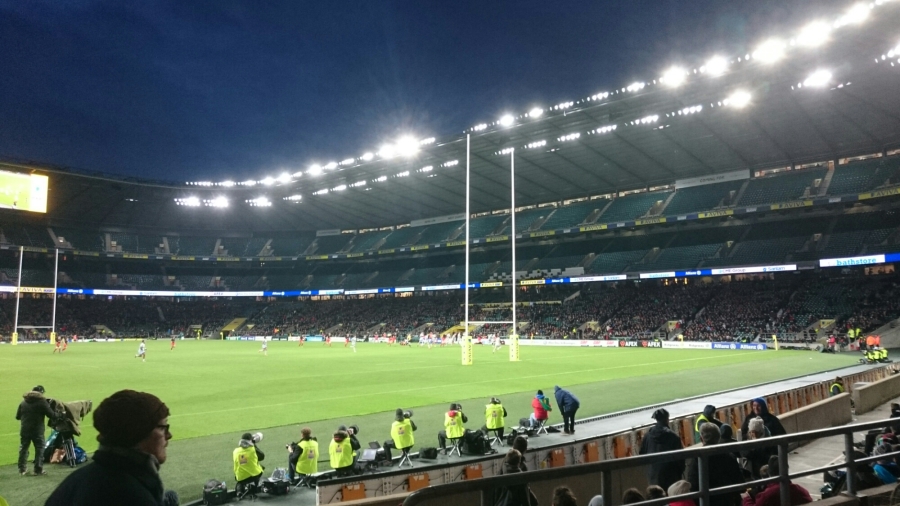 Wasps have chosen to rotate their squad from their impressive 40 points to 26 demolition of Bath last weekend and while there are still mouth watering matchups like Christian Wade against England 7’s veteran Marcus Watson and a clash of two monstrous number 8’s as Opeti Fonua and Nathan Hughes meet (and that could be seismic) starting new combinations against the Falcons is a dangerous gamble.

Newcastle have won 3 of their last 4 league games beating Harlequins at Kingston Park and the beleaguered Northampton at Franklin’s Gardens and their last home game was a 6 try romp when they defeated a Lyon side 48-29 in the Challenge Cup.  Wasps are on their own 3 game winning streak but they have been largely reliant on Jimmy Gopperth’s boot and he’s starting this game on the bench, normally Danny Cipriani’s kicking would be a more than ample replacement for the Kiwi’s boot but at Kingston Park where the weather can make it sometimes impossible to place kick the former Falcons experience could be vital.

The most important part of the game will be the front rows and with Newcastle priding themselves on having a forward pack that can control possession Wasps will have a tough task ahead of them.  Marty Moore has had his struggles at scrim time lately after starting the season impressively and their loose head Matt Mullen is one of the most penalised players in the Premiership this season, so Nathan Hughes may find himself in a few sticky situations at the base and when the opposition have a back row that weighs somewhere in the region of 55 stone you don’t want to be picking the ball up on the back foot too often.  Wasps do have some serious beef on the bench though in the form of Ashley Johnson, Tom Bristow, Will Rowland and Alex Reider who all tip the scales at over 17 stone so that should bolster the pack.  They’ve also got Guy Armitage who was devastating opposing Centre’s in the Championship last season, he’s 6 feet 3 inches tall and weighs around 16 stone so if Wasps do need somebody more direct that Kyle Eastmond and Elliot Daly then he certainly fits the bill.  Newcastle have their intriguing Centre on the bench too in the shape of Cipriani’s best friend from Whitgift School Dominic Waldouck who despite having a career severely disrupted by injury is still one of the most instinctive 13’s you could wish to see so if Falcons need a change up from Agulla in the outside channel they know where to look.

If Newcastle’s scrum can dominate then Wasps will be the next impressive name to come a cropper in the North East, but I wouldn’t be surprised to see Gopperth make an important interjection off the bench and rescue the points for the Coventry side.